The yearling sale concluded Wednesday with an average of $39,516 that eclipsed last year’s glowing results and just missed the highest Harrisburg yearling average set in ’07.

Last year’s Standardbred Horse Sales Company yearling sale at the Pennsylvania State Farm Show Complex in Harrisburg set a high bar for this year’s sale when it eclipsed the 2015 yearling sale average by more than 25 per cent. Instead of regressing or bouncing from last year’s strong auction, the 2017 sale continued to the progress set a year ago.

“It looks like we’re up roughly $250,000 in gross and over $1,000 per head, so we’re obviously very pleased with that,” said sale president and CEO Pete Spears immediately after the final yearling passed through the auction ring. “It would make it the second-best average of all-time and clearly we had a very strong Tuesday and a very strong Wednesday which made up for a few of the anomalies on Monday (in which pacing fillies sold higher than pacing colts), and we ended up great.”

One of the notable differences in the format between the last two sales and sales prior to that is the number of yearlings being offered. Prior to 2016 no Harrisburg yearling sale had ever offered fewer than 1,000 yearlings, and this year’s sale offered just 851 yearlings. 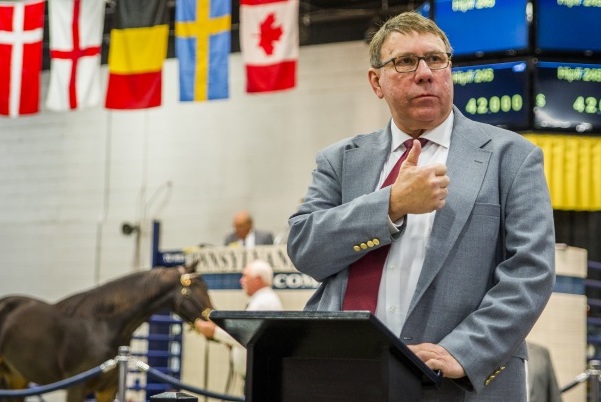